What the…..I’m in the RED! Self-assessment towards projects and job during the term

I think no matter how I look at it, at this point, I’m in big trouble!I will even quote my own supervisor about his perspective about this project:“I think it has a life of its own”. Imagine something that is just randomly growing and expanding. Like this:

Just like one of those toys when you soak them in water for long enough. You see what I mean.

We have weekly meetings to look into the progress of this huge and only project that I have to work on for the rest of the slightly over two months I have left. About two weeks ago, he asked me to create a file that will serve as our assessment, a scorecard of sorts. Since I am also quite concerned about how far we have gotten so far, I created the file after the meeting. And no matter how I looked at it, I am in the RED! Imagine how terrible that really feels? Over the next few days, I observed what I have been doing: my calendar is booked with plenty of interview sessions, and whenever I am in my desk I type furiously the words I scribbled and the statements that I have recorded in the interviews. I am productive and efficient and it seems like there are actually more parts to this project that I still have to add. 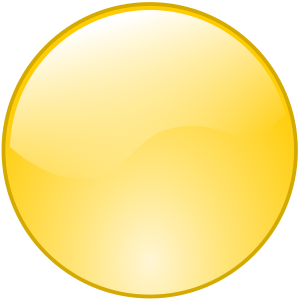 When I was asked about our standing though, my first statement was, “Uh, I think we are in the YELLOW.” The reason that it wasn’t as terrifying as I first saw it was, with the first phase of the project, we are well in the green. However, in the last phase of the policy, we are so badly in red it’s not even funny. With that in mind, I explained my long, long list of interviews and my concern that it’s at the end part of the process that we have a bit of a backlog on.

My supervisor has been really proactive and supportive though which I think makes me feel so much better. He helped steer our time and resources by establishing more firm priorities. On top of that, he came up with an idea to cut the time for me to send a ton of emails and files for each section I finish but to make it a server file that we can both get into all the time. I’m a little jealous that he has a laptop that docks to his office computer and updated his files. And after he makes updates in his laptop wherever he is, as soon as he comes back to his office, upon docking his laptop again, voila! Files updated! Now that’s what you call being truly connected.

True to what I was told, we have another yummy event here in the office. We had a hotdog potluck lunch on last week. In my department, we pitched in to bring a food representative of all of us. Other personnel also brought A TON of food! It was another delicious event.

Not a long lime ago, I received the email about our site visit. I don’t know about you, but I’m quite excited about it. In the first two ones that I had I bluntly said “I still don’t know what I wanted to do career-wise” and I guess that’s okay. I’m learning a lot of skills that I think will be valuable regardless of which career path I chose.